Yes yes! Sir Mix-A-Lot "Baby Got Back" !    I have to include this as this music video turned out to be so iconic. It still has an impact till this day!  I had just worked back to back on 2 music videos, and I was simply burnt out. However I was asked to work on this at last minute, and I almost turned it down. I remember asking who the artist was and going, "Sir Mix A Lot" whooo????    Ok fine, I'll do it.

Anyway, I feel very connected to this video, as I enthusiastically painted the artificial "butts" that were central to the "big butts" concept of the video. I couldn't stop giggling as I was sponging the fleshy color onto the plaster models.   Watching the rehearsals was an experience in itself, and I knew right away, I was part of something that was going to be quite impactful in our pop culture.

As midnight approached, we were in a hurry to shut production down and somehow, one of the "butt-props" was forgotten and never taken away.  So we pushed it off onto the street where it inexplicably remained there for at least a week and a half. I know this because every time I drove to the Burger King up that same street, there was that giant Butt-prop with all sorts of obscene graffiti and personal phone numbers written all over it. I couldn't believe the city had taken so long to haul it away! When they finally did, it made me sad.  I had every opportunity to take it and didn't. Everytime I drove by it, it was as though it was saying to me, "Hey you!  Remember me? I'm lonely, take me with you! "   Ughh, I should've gotten a truck and taken it home!!   ~ A part of pop culture history would be sitting in my living room right now ~ 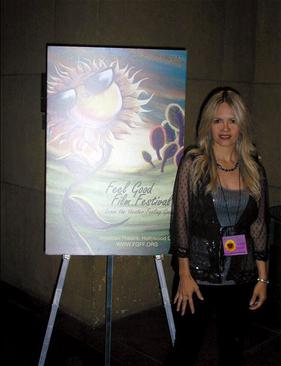 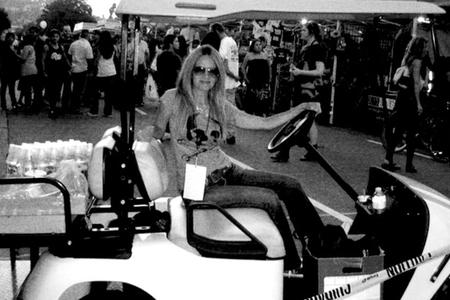 This year's opening night celebration was hosted by actress Cheryl Hines. The Feel Good Film Festival is a film viewing experience that features movies with optimistic encouraging themes with happy endings that make the audiences laugh and "feel good" about the world.

My job was to guide the Filmmakers & Screenwriters to various press junkets on the "yellow carpet". 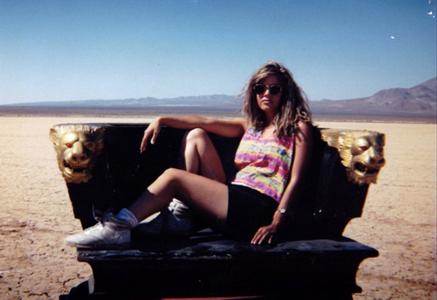 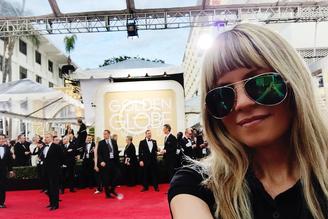 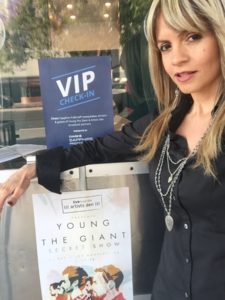 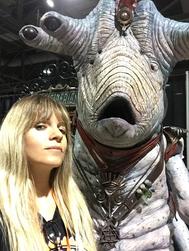 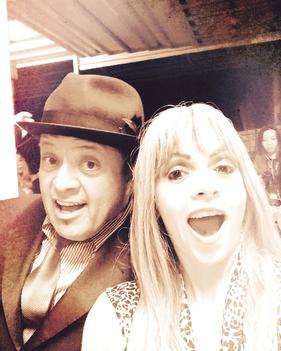 *Backstage with our client, Grammy award winner Cassandra Wilson, after her wonderful performance in Los Angeles. 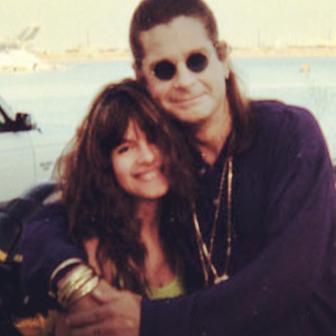 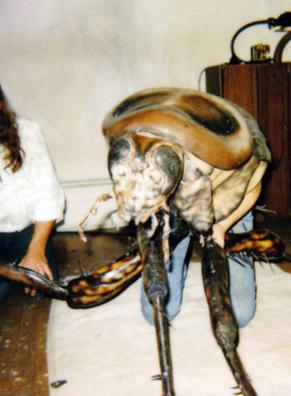 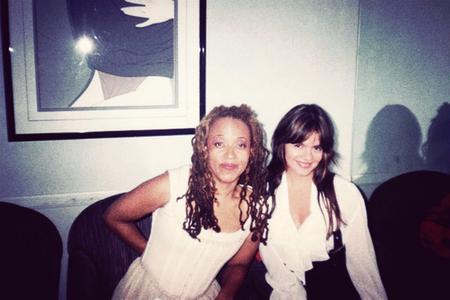 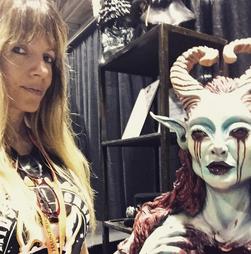 Working VIP Guest Relations at the Los Angeles concert of the band "Young The Giant" at The El Rey Theatre. 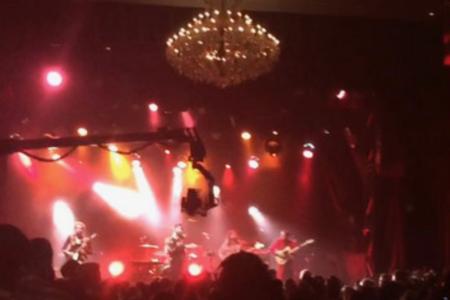 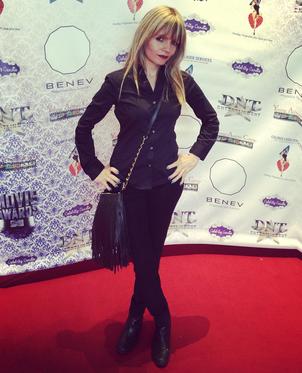 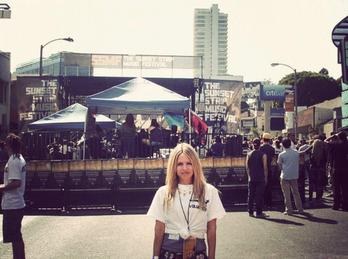 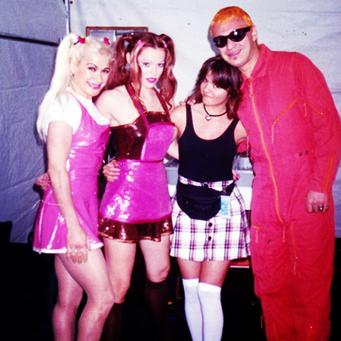 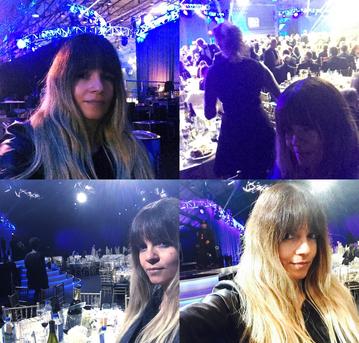 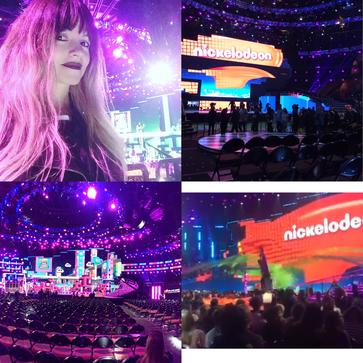 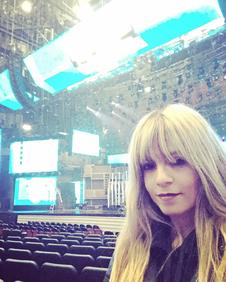 *Getting some rest on singer Vanessa Williams' "throne" during the filming of her "Comfort Zone" music video in the hot California desert.

*One of MTV's crazy ad promos starring actor Aidan Quinn!  He was reading a book of poems as he walked through a hallway, and then looked through a keyhole where he was spying on a giant beetle.

And yeah that's me playing the giant beetle because I was the only one small enough in the crew to fit in the outfit.

Sometimes ya gotta do, what'cha gotta do. 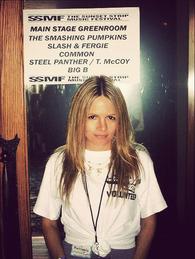 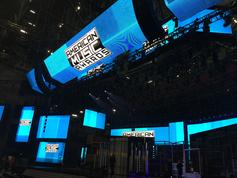 I was recruited by the City Of West Hollywood to participate in this great event featuring musical guests "Smashing Pumpkins, Common, Fergie, and honoring Guns N Roses guitarist Slash!   I worked in the main stage greenroom. As expected with these large scale events, attention to detail and team coordination make for a smooth running show, especially backstage, where all of the Artists are arriving with their families and management entourage.  We had a great team that worked very efficiently together.

I worked this event at The American Legion Theatre.  Here's the ever so charismatic Paul Rodriguez entertaining us non-stop backstage!

When I worked for personal Artist Managers....

*Our client Dee-lite, (creators of dance hit "Groove Is In The Heart"), performed a concert for the movie "Strange Days" starring Ralph Fiennes, Juliette Lewis, & Angela Bassett. The band played to entertain the crowd for the film's New Years Eve dramatic scene at the ending of the movie....

Filming takes place as the band performs. The crowd was loving' it.

Assignment: I handled our VIP guests, General Admission, Press, and Handicapped visitors at the Terrace Theater. The Terrace Theater was the Main Stage at Midsummer Scream which hosted panels from Universal

*Ozzy Osbourne!   During a break filming his music video "No More Tears".  I operated the Video-Assist Playback device that the Director uses to review every scene he shot after each take.  This was probably one of the most memorable and exciting moments I truly enjoyed.  This song also happens to be one of my favorite songs that I still listen to almost daily.

I returned to once again participate in this great event featuring, Motley Crue along with Tommy Lee's upside down rollercoaster drum set, Bush, Public Enemy and many more. ---  I was assigned to the Media Room, which was headquartered at The Viper Room Club on Sunset Blvd. This was the location where the Artists' gave a brief interview for a live webcast, signed autographs, and in some cases performed a song.

My duties were to anticipate the arrival of each Artist, and make sure the area was ready for them ahead of time for their interviews with various press outlets.

Assignment: Representative at the Fangoria Magazine booth for the 40th anniversary of horror cinema's iconic